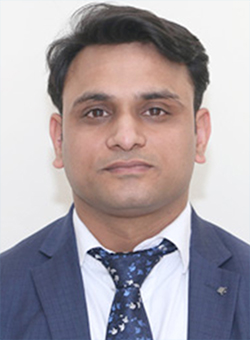 Biography: Dr. Sikander Pal received MSc in Botany in 2004 and PhD in Plant Stress Physiology in 2010. During his postdoctoral stints, he worked at the College of Agriculture and Biotechnology, Zhejiang University, Hangzhou (2011-2012). During his stay in Israel (2012-2013), he worked on various aspects of water deficit irrigation in tomato. As a Marie Curie fellow in INRA-SupAgro, Montpellier, France, he worked on Novel Algorithm and its validation in Arabidopsis thaliana. Dr. Pal has published more than 25 research papers in journals of international repute such as Plant Physiology, Nature Scientific Reports, Journal of Experimental Botany and Trends in Plant Science. He has edited one book from Springer “Phytohormones: A Window to Metabolism, Signaling and Biotechnological Applications”. Dr. Pal has over 12 years of teaching experience at the postgraduate level. He has guided both PhD and MSc dissertations. He has been a regular reviewer of important scientific journals such as Scientific Reports, PLoS ONE, Journal of Hazardous Materials, Chemosphere and others.

Abstract: Phosphate (P) and Zinc (Zn) are essential nutrients for normal plant growth. Deficiency of these elements often leads to impaired plant growth and reduced crop yield. Excessive use of phosphate fertilizers are likely exhaust P reserves by 2050. Therefore, it is of grave concern to look for means of enhancing the phosphate uptake and utilization efficacy of plants. Current understanding states antagonistic crosstalk between P and Zn in soil solution. Excess of P limits Zn uptake abilities of a plant and vice-versa. However, precise mechanism needs to be explored, in this context, identifying TFs cooperation controlling target gene expression such as those regulating P mobilization and use efficiency is still an arduous challenge. The accuracy of current methods at genome scale significantly drops with the increase in number of genes, which limits their applicability to more complex genomes, like animals and plants. Here, we developed an algorithm, TransDetect which is able to predict TFs combinations controlling the expression level of a given gene. This algorithm was used to identify novel TFs which could modulate regulating the expression of Arabidopsis phosphate transporter PHO1;H3 comprising MYB15, MYB84, bHLH35 and ICE1. These TFs were confirmed to interact between themselves and with the PHO1;H3 promoter. Detailed phenotypic and genetic analyses of TF mutants enabled to propose a new gene regulatory network of PHO1;H3 controlling P accumulation in Zn-dependent manner. Findings demonstrate reliability of TransDetect to extract directionality in non-dynamic transcriptomes and to provide blueprint to identify gene regulatory network in a given biological process. 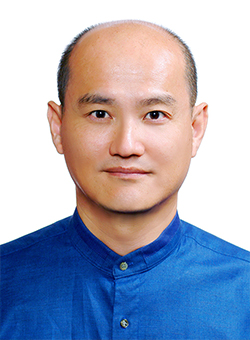 Biography: Dr. Yu Chuan Liu was born in 1965 and received his PhD from the Institute of Astronautics and Aeronautics, National Cheng-Hung University, Taiwan, in 1993. He has served as R&D manager and consultant in industries since 1996. Most of his experiences were focused on computer-integrated manufacturing and information systems development. His research topics include e-business for industry, production management and operation research, and ICT applications in agriculture. The related research results have received 7 patents in the information technology applications and agro-product traceability system. Related research projects lead and proposed by Dr. Liu, from both government and industries, had reached a total budget over US$1,000,000 in recent years. Dr. Liu was also the winner of the silver prize of the 2012 National Invention and Creation Award in Taiwan and the golden prize of the 2014 Taipei International Invention Show and Technology Invention Contest.

Topic: From Food Safety to the Integration of Living, Life, and Ecosystem of Farming, Empirical Studies in Taiwan and China

Abstract: Issues for food safety, agro-processing, and the environmental and ecological impact of agriculture have been exacerbated by the incidences such as BSE, or mad cow disease, genetically engineered foods, and contamination of fresh and processed agriculture. In addition to the food safety, the increasing demands for organic and/or naturally planted agricultural products had been one of the main concerns for consumers. The issues of integration for traceability, living of the farmers, life of the consumers, and the ecosystem of the human and environment, in supply chains of food and agriculture have been studied in this research. Two empirical studies, the water chestnut farming in Tainan, Taiwan and white gourd business in Tianjin, China are proposed to reveal the possibilities for the three-wins between the farmers, consumers, and the ecological environment.